Commenting on the figures, Mr Jean-Paul Agon, Chairman and CEO of L'Oréal, said:

"Performance in the first half of 2011 confirms the group's good growth dynamics, in a market that reflects contrasts across distribution channels and geographic zones.

In the divisions, Luxury Products are performing well, bolstered by Lancôme, Giorgio Armani and Kiehl's, which are all proving remarkably robust. Consumer Products are recording solid growth, with the global conquests of Maybelline and L'Oréal Paris. The Professional Products and Active Cosmetics Divisions are posting more modest performances in less positive markets.

In geographic terms, L'Oréal is continuing to make inroads into the major strategic markets of Asia and Latin America, and is achieving sustained growth in North America. In Western Europe, where there are contrasting trends in different countries, the group is consolidating its positions. After several years of growth, the sales trend in Eastern Europe is disappointing in all the countries of this zone, particularly in Russia and Ukraine.

With an overall favourable global market trend, boosted by a rich programme of initiatives in the second half across all divisions, we are tackling the second half of the year with confidence.

We can confirm our goal of outperforming the market in 2011, and achieving another year of growth in both sales and profits".

Like-for-like, i.e. based on a comparable structure and identical exchange rates, the sales growth of the L'Oréal group was +5.2%.
The net impact of changes in consolidation was +0.7%.
Currency fluctuations had a negative impact of -0.9%. If the exchange rates at the end of June, i.e. €1 = $1.447, are extrapolated up to December 31, the impact of currency fluctuations on sales would be approximately -2.2% for the whole of 2011.
Growth at constant exchange rates was +5.9%.
Based on reported figures, the group's sales at June 30, 2011 amounted to 10.15 billion euros, an increase of +5.0%.

The Professional Products Division posted growth of +2.1% like-for-like and +4.2% based on reported figures in the first half of 2011 (after taking into account the impact of currency fluctuations and of changes in consolidation due to the acquisition of distributors in the United States). In a professional market reflecting sharp contrasting trends, the division strengthened its worldwide leadership, thanks to its growth in the New Markets, and the continuing conquest of hair salons in Europe.

The Consumer Products Division, achieved sales growth of +5.2% like-for-like, and +4.5% based on reported figures. Maybelline is confirming its dynamism and L'Oréal Paris is accelerating.

The first half sales of the Luxury Division increased by +8.5% like-for-like and by +6.9% based on reported figures. Sell-out trends are dynamic, particularly in Asia, the United States and in Travel Retail.

The Active Cosmetics Division delivered first-half growth of +3.2% like-for-like and +3.2% based on reported figures, driven by its successes in Latin America, and the worldwide advances of La Roche-Posay.

In a globally flat market, L'Oréal achieved growth of +0.8% like-for-like and +1.4% based on reported figures, thanks to good scores in France, Germany and Northern Europe, and in Travel Retail. The situation is tougher in the countries of Southern Europe, particularly Greece and Portugal.

In the first half, North America achieved good like-for-like growth at +5.8%, in an expanding market. The Luxury Products Division made a very good start to the year, thanks in particular to the rebound at Lancôme and another period of strong growth for Kiehl's and for fragrances. The Consumer Products Division is making clear market share gains in haircare, facial skincare and make-up. The sales growth at Essie augurs well for the future.

In the first half, the New Markets recorded like-for-like growth of +10.1%. There is a contrast between growth rates in Asia and Latin America on the one hand, whose strong dynamism has been confirmed, and Eastern Europe on the other, now seeing a sharp slowdown.

The Body Shop pursued its expansion programme in the New Markets, accelerated the pace of its growth in e-commerce and further boosted its visibility in Travel Retail.  The brand is delivering strong growth in the Middle East, Eastern Europe and Southern Asia. Western Europe remains constricted by local economic influences.

The Body Shop is bolstering its militant approach to innovations, with launches including Brush with Fashion, a Cruelty Free limited edition make-up range and Body Butter Duos packed with Community Fair Trade ingredients.

The Body Shop continued to rally unprecedented customer engagement and support for its campaign to Stop Sex Trafficking of Children and Young People, and presented the biggest Human Rights petition ever to the European Union.

(1) Retail sales: total sales to consumers through all channels, including franchisees.

While growth in the United States and Western Europe was challenged by pricing pressure from payers and by erosion from generic forms of some of Galderma's mature products, growth in Asia, Pacific and Latin America was particularly strong.

“This news release does not constitute an offer to sell, or a solicitation of an offer to buy L’Oréal shares. If you wish to obtain more comprehensive information about L’Oréal, please refer to the public documents registered in France with the Autorité des Marchés Financiers, also available in English on our Internet site www.loreal-finance.com.
This news release may contain some forward-looking statements. Athough the Company considers that these statements are based on reasonable hypotheses at the date of publication of this release, they are by their nature subject to risks and uncertainties which could cause actual results to differ materially from those indicated or projected in these statements.”

For more information, please contact your bank, broker or financial institution (I.S.I.N. code: FR0000120321), and consult your usual newspapers, and the Internet site for shareholders and investors, http://www.loreal-finance.com, or its mobile version on your cell phone, http://loreal-finance.mobi; alternatively, call +33 1 40 14 80 50. 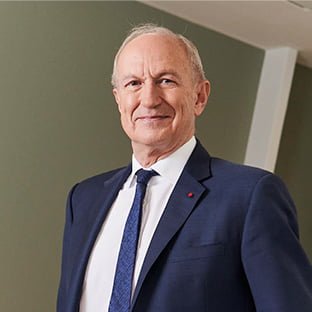 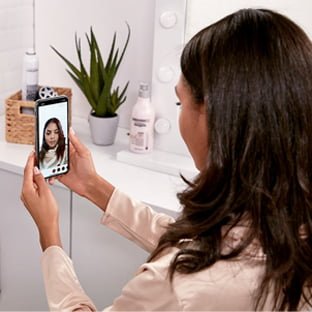