Listen to the conference call

“In spite of the health crisis and the ongoing associated measures in some countries, particularly in Western Europe, the beauty market continues to recover. Against this backdrop, L’Oréal has started the year with very strong growth at +10.2% like-for-like [1] in the first quarter, significantly outperforming the market. The Group is therefore continuing its acceleration, initiated in the third quarter of 2020, and is increasing by +5.0% like-for-like compared to the first quarter of 2019.

The performance of the Professional Products, L’Oréal Luxe and Active Cosmetics Divisions is remarkable, all showing double-digit growth. The Professional Products Division is posting significant growth all over the world. The growth of L’Oréal Luxe is driven by the success of its skincare brands, particularly Lancôme, Kiehl’s and Helena Rubinstein. Active Cosmetics continues to build on the strong momentum already seen in 2020. The Consumer Products Division is stable, still held back by its high exposure to the makeup category which remains lacklustre.

All geographic Zones are growing, with the exception of Western Europe still impacted by the measures associated with the health crisis. North America is performing well both online and offline. All Zones in the New Markets are growing above 10% [1], especially the Asia Pacific Zone which is returning to the extremely dynamic pre-pandemic growth rates, driven most notably by a fast-growing mainland China.

In an environment that is improving progressively due to the vaccination programmes, and thanks to the commitment and determination of the teams all over the world, L’Oréal is in a fighting spirit mode, focused on product launches and investments in growth drivers to support growth of its brands. We are therefore confident in our ability to outperform the market and achieve a year of growth in both sales and profits.”

Sales by Division and geographic Zone

At the end of March, the Professional Products Division was at +21.0% like-for-like and +12.9% reported, in a market still impacted by the health crisis.
The Division has again strengthened its leadership in the industry, taking advantage of the underlying trends in the sector: the digitalisation of salons, the development of independent stylists, and the explosion of e‑commerce.
All geographic Zones achieved sales growth, with record performance in the United States, driven by the power of the SalonCentric distribution channel. The Division also confirmed its success in mainland China with very strong growth in e-commerce and in salons. Western Europe maintained its growth momentum, particularly in Germany and France.
Haircare remains the highest growth contributor, led by a particularly dynamic Kérastase, the success of Genesis and Blond Absolu, and good performance from Acidic Bonding Concentrate by Redken. In hair colour, Shades EQ by Redken recorded another quarter of strong growth.

The Division recorded a first quarter at -0.7% like-for-like and -6.2% reported.
The extension of public health measures continued to impact the makeup market and hence the Division’s business as the global market leader in this category. The Division accelerated in all other major categories, maintaining double-digit growth in hair colour. Haircare posted a very dynamic quarter thanks to the innovative Elvive Dream Lengths Wonder Water, Elvive Full Resist and the strong start for Ultra Doux solid shampoo by Garnier. Face care also accelerated, with L’Oréal Paris Revitalift Filler hyaluronic acid serum which is the top-selling serum in many countries, as well as the Pure Active anti-imperfections franchise and tissue masks by Garnier. In makeup, the brands are gaining significant market share, particularly in Europe and the United States, thanks to the spectacular beginning of innovations such as Sky High by Maybelline New York, Infallible powder by L’Oréal Paris and Shine Loud by NYX Professional Makeup.
The Division outperformed the market in all major Western European countries, Brazil and mainland China. In the United States, despite the weight of makeup and temporary logistics problems, consumption picked up sharply at the end of the quarter, and our brands are recording a lively recovery.

L’Oréal Luxe closed the quarter at +14.6% like-for-like and +12.4% reported, significantly outperforming the market.
In a gradually improving context, L’Oréal Luxe gained market share in almost all geographic Zones. Note that Asia Pacific is off to a very good start notably in mainland China - which remains particularly buoyant -, Europe is robust, and North America is confirming its recovery. The Division significantly outperformed the market in its three categories, especially in skincare, driven by the power of its Lancôme, Kiehl’s and Helena Rubinstein brands and the performance of Biotherm. The recently acquired Japanese brand Takami has also had a very good start to the year. In the fragrance category, Giorgio Armani, Valentino and Yves Saint Laurent all performed extremely well. The Prada licence was integrated on 1 January. The makeup category recovered and was stable, with clear signs of recovery emerging in Asia and the United States.

In an improving market, the Active Cosmetics Division recorded strong growth at +28.7% like-for-like and +21.8% reported and continued to gain significant market share.
The Division continues to build on the strong momentum recorded in the second half of 2020, which lies on  solid foundations including close relationships with healthcare professionals, a portfolio of brands that are perfectly aligned with the health aspirations of consumers, and strong positions in skincare. E-commerce continued to post exceptional results and remains the main growth driver. Offline sales also accelerated strongly, recording double-digit growth.
The Division gained market share in all Zones, with exceptional performance in North America, Asia and Latin America, and a notable confirmation of robust growth in Western Europe. All major brands recorded growth in the period, with CeraVe doubling in size while SkinCeuticals and La Roche-Posay continued to register extremely dynamic growth, in particular in North America and Asia. Vichy maintains its leadership in the anti-ageing segment in Europe, building on the successful acceleration of its Liftactiv franchise.

The Zone was at -2.4% like-for-like and -0.1% reported. Sales were again impacted by the closure of perfumeries, department stores and hair salons in several countries and the restrictions aiming to limit social interaction. L’Oréal outperformed the market in the vast majority of countries and significantly strengthened its leadership in Germany, the United Kingdom, France and Italy, thanks in particular to very strong growth in online sales.
The Consumer Products Division gained market share, especially in makeup, and also in haircare, with significant growth for Garnier, a brand that is highly attuned to consumer expectations in terms of naturalness and sustainability. Although adversely affected by the health situation and the sharp downturn in Travel Retail, L’Oréal Luxe continued to gain market share in fragrances and saw an improvement in makeup and skincare thanks to Biotherm. The Active Cosmetics Division accelerated its growth, driven by the rapid development of CeraVe in the United Kingdom in particular, and by the dynamism of La Roche-Posay. The Professional Products Division recorded solid growth despite the closure of salons in several countries, thanks to the buoyancy of online sales and the Kérastase and Redken brands.

The Zone was at +6.3% like-for-like and -1.8% reported. The quarter started under pandemic restrictions, followed by record snowstorms disrupting the supply chain. In March, business was boosted by economic stimulus checks and the start of the vaccination programme, giving consumers the confidence to return to brick-and-mortar stores. E-commerce was still dynamic and now accounts for more than 20% of the business. The strongest recovery was in makeup, driven by powerful innovations and increased socialisation. March was a turning point for the Consumer Products Division, which gained market share thanks to makeup, with the rebound driven by the recovery of NYX Professional Makeup and successful innovations such as Sky High Mascara by Maybelline New York and Infallible Powder by L’Oréal Paris. L'Oréal Luxe grew thanks to e-commerce, the recovery of makeup and very strong growth in fragrances, with Lancôme, Kiehl’s and IT Cosmetics performing particularly well. The Professional Products Division delivered an excellent quarter, driven by haircare and hair colour, with the successful launch of Redken Acidic Bonding Concentrate and market share captured by SalonCentric as independent stylists gain traction and salons begin to reopen. The Active Cosmetics Division continued to perform extremely well online and offline, increasing market share.

Asia Pacific: the Zone was at +23.8% like-for-like and +19.1% reported. In this first quarter, the situation still varies considerably from one country to another. While in Australia, New Zealand and Vietnam the effects of the pandemic are lessening and sales are increasing, other countries such as Japan and Indonesia are being hit by new waves of Covid. The absence of tourism continues to impact Thailand and Hong Kong, while the situation in India remains volatile in some states. The Active Cosmetics Division saw strong growth across the Zone. The Professional Products and L’Oréal Luxe Divisions also recorded solid growth. The Consumer Products Division, still affected by the decline of the makeup market, posted growth in haircare and skincare, buoyed by the strong performance of Garnier in South Asia. The Japanese brand Takami, acquired in the first quarter, made a strong start in Japan and China. Travel Retail began to recover largely thanks to Hainan.

Latin America: the Zone was at +15.1% like-for-like and -1.8% reported. With the entire continent still heavily impacted by the pandemic and store closures, all Divisions and countries continued to grow, especially Brazil, Mexico, Chile and Argentina. E-commerce more than doubled. This growth was driven by our superior innovations as well as our iconic brands and products, most notably in haircare and skincare. L’Oréal gained market share in makeup, although the category remains negative in a challenging market context.

Eastern Europe: the Zone was at +10.7% like-for-like and -2.2% reported, in spite of the pandemic, which continues to mostly affect Central European countries. In a slightly negative market overall, all Divisions gained market share, both online and offline, with the Professional Products, L’Oréal Luxe and Active Cosmetics Divisions achieving double-digit growth. The vast majority of countries reported growth, especially Turkey, the Czech Republic/Slovakia/Hungary hub and Israel.

Africa, Middle East: the Zone was at +12.7% like-for-like and -1.5% reported. In the Middle East and North Africa, the health situation varies from one country to another. The beauty market is still negative across the Zone. All Divisions grew and gained market share overall. The performance was driven by Morocco, Pakistan, Egypt and South Africa.

"This press release does not constitute an offer of sale or solicitation of an offer to purchase L'Oréal shares. If you wish to obtain more comprehensive information about L'Oréal, please refer to the public documents registered in France with the Autorité des Marchés Financiers, also available in English on our website www.loreal-finance.com.
This press release may contain forecast information. While the Company believes that these statements are based on reasonable assumptions as of the date of publication of this press release, they are by nature subject to risks and uncertainties which may lead to a discrepancy between the actual figures and those indicated or suggested in these statements.”

This is a free translation into English of the 2021 quarterly results news release issued in the French language and is provided solely for the convenience of English-speaking readers.

For further information, please contact your bank, stockbroker of financial institution (I.S.I.N. code: FR000012031) and consult your usual newspapers or magazines or the Internet site for shareholders and investors, www.loreal-finance.com, the L’Oréal Finance app or call the toll-free number from France: 0 800 66 66 66.

[1] Like-for-like: based on comparable structure and identical exchange rates.

[2] Sales achieved on our brands’ own websites + estimated sales achieved by our brands corresponding to sales through our retailers’ websites (non-audited data). Like-for-like. 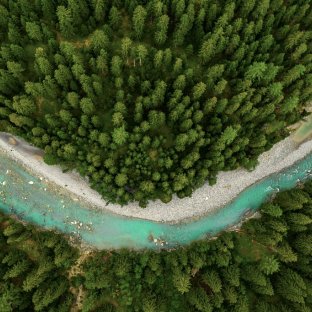